Can Robots Beat Humans at Foosball?

Robots vs. Humans: The Future of Foosball? 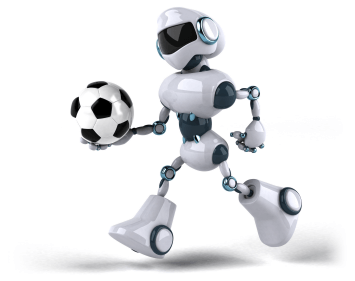 The rise of the machines seems to be getting closer and closer. These days, there's very little that robots can't do - and that includes playing foosball. In fact, C3PO may turn out to be the toughest opponent you ever face...

The idea for a foosball-playing robot had been kicking around (pardon the pun) for a few years, but scientists finally made it happen back in 2016. A team of graduate students at the École Polytechnique Fédérale de Lausanne (EPFL) set out to create a totally artificial foosball wizard that would be able to beat humans at their own game.

The team succeeded. Their high-functioning foosball table featured built-in robotic powers. A 300 fps camera allowed the engine to keep track of the game, while high-speed motors responded quickly to the human opponents' moves. Separate motors were used to rotate the rods and move them from side to side. This hi-tech foosball table soon proved a success, beating human competitors.


The Problem with AI (Artificial Intelligence)

The Swiss team credited their robotic table's success to its ability to use extreme precision. The table could handle the foosmen to a fraction of a millimeter, ensuring that they were always right on target. When a robot table shoots, you better believe it's going to score.

However, the best players could still beat the robot table. Why? It's simple: The robotic table lacked the ability to think on its feet. It used the same basic strategy again and again and was unable to try to fake out opponents or attempt more complex maneuvers. The result? Players familiar with the robotic table could figure out methods to shut down its great advantage of precision and take control of the game.

The Swiss team has gone back to the drawing board, with the intention of figuring out a more sophisticated engine. We're still waiting to hear back about the latest upgrades. Given that the team's college is just a short drive from Europe's Large Hadron Collider, it's easy to understand why the scientists may have gotten distracted and forgotten about their foosball project.

In January 2019, a Kickstarter campaign was launched, with the intention of creating a home foosball robot training companion. The idea behind it was ambitious: Players would be able to instruct the robot, using an app on their phones, to play in different styles. This would give them the chance to practice against a variety of types of play.

Unfortunately, the Kickstarter campaign was a flop, raising just $10,000 of the $46,000 needed to get the project up and running. If you're dreaming of a home foosball robot trainer, you're just going to have to dream on for now.


The Future of Foosball Robots

Will we see a tournament-standard foosball robot in the future? It's hard to say. AI is getting more sophisticated all the time. It looks like the best possible foosball robot would be one that learns as it plays, responding to an opponent's moves and developing strategies to use in the future.

The first prototypes of this more sophisticated style of foosball robot have already been made. In 2018, a German team demonstrated its AI-driven foosball table at the Bosch Connected World conference. This table has an in-built learning process. When it scores a goal, it remembers the moves it made as being good. When play leads to an own goal or concession, the table remembers the moves as being bad and avoids repeating them in the future.

It may take a while before tables like this are available to the public. At the moment, the German model is still being developed in the lab. What's more, the team's end goal isn't necessarily a fantastic foosbot. Instead, it's being used as an experiment that could lead to breakthroughs in other areas of industry. The foosball table is just part of the process, not the end result; a bit disappointing for hardcore foosball fans like us.

One thing's for sure, foosball robots don't really look how you would imagine them to. In fact, foosbots aren't humanoid in any way. The German team's robotic table looks a lot like a regular table with some computerized elements slotted in. Nevertheless, as any foosball player knows, even the least formidable-looking opponent can still destroy you sometimes. 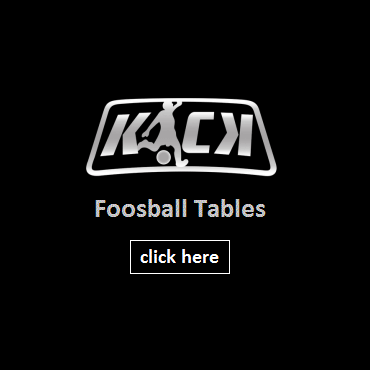